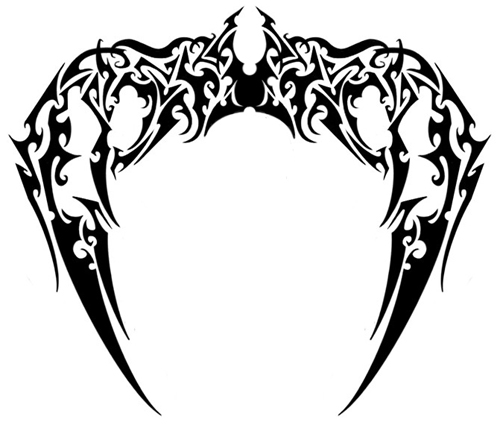 With the sudden rise of interest in angels in the 1990s helped by celebrity endorsement in the media, many people are choosing tribal wings tattoos for their first foray into tattoo art.  In that decade a national poll discovered that nearly 70% of Americans believed in angels.  By last year this percentage had increased and was reflected in many other countries of the western world.  Nowadays many people adorn their houses with angels, cherubs, fairies – in fact just about any of these ethereal winged beings, and this has spread to tattoo art.  Tribal wings tattoos are the frequent choice of design for newcomers to the world of tattoo art.  If this is the type of body art you are drawn to, then rest your wings for a moment and read on before you embark upon your journey towards your first tattoo.

You need to know that your tribal tattoo is not going to be easily reversible and so, for this reason, needs to be chosen carefully.  Despite your eagerness, resist the temptation to fly to your nearest tattoo parlour to demand your wings.  Do some research to make sure you know the style of wings you want so you can make sure they are ideal, because the wings of all these magical creatures are all different. 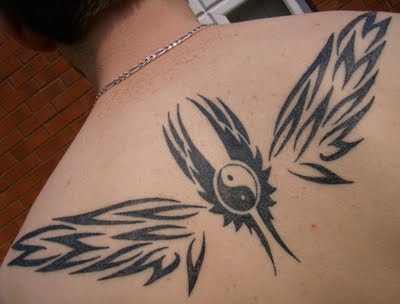 Tribal Angels’ wings can be drawn in several ways but more popularly resemble the substantial, snowy-white feathery appendages of birds, whereas fairy wings are usually more closely related to the wings of flying insects.  Demon wings are not too dissimilar to angels’ but have a much darker, gothic appearance to make them look more solid and threatening.  Butterfly wings, like fairy wings, capture the gossamer delicacy and grace of the lovely creatures, especially when they are open.

Positioning of your tribal wing tattoos is the next consideration.  Many people choose to have the larger tribal wings tattooed onto their backs, sometimes (and very effectively) taking up the entire back and sometimes just the shoulder blades.  Occasionally people request them over the chest, but they are usually fore-grounded with a crucifix or other religious imagery.  Smaller wing tattoos – usually butterfly or insect wings – can be placed elsewhere on the body, but generally these are not as effective.  After all, the function of wings on any creature that sports them, whether real or mythical, is to support the entire weight of that entity in flight, therefore, proportionally, they should occupy a large body area. 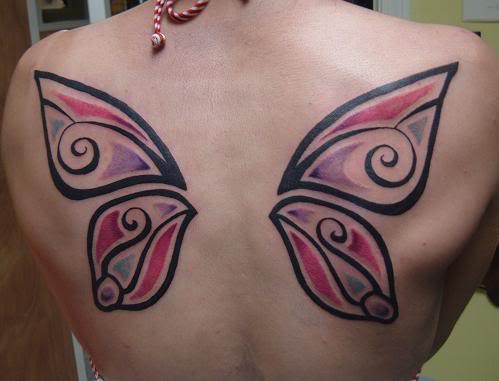 If you look on the internet you will find multitudes of wing tattoos to choose from, but if you are considering tattoos for the first time, you should not allow yourself to be dazzled by initial appearances.  Tattoo artists, like any artists, will only display their very best work, and each piece of tattoo art is completely unique to the person acquiring it. 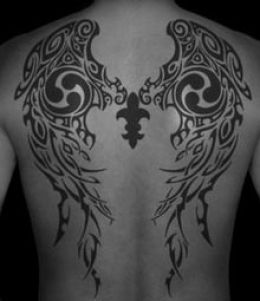 What looks fantastic on one person might well look quite different on you.  Apart from this, a lot of the freely downloadable tattoo designs are either commonplace or of an inferior quality.  Browse through them by all means, but then subscribe to a premium website where you will not only have access to a bigger and better range of designs, but also to a range of other benefits, such as artistic advice and forum discussions.  That way you will make new friends who will be more than willing to give you further help and advice about any tribal wings tattoos you are considering.