Symbolism of the Peace Dove Tattoo

Symbolism of the Peace Dove Tattoo 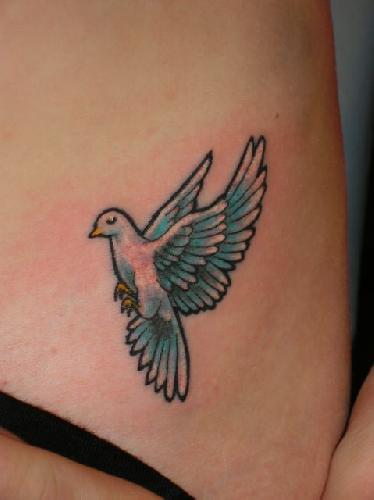 A beautiful peace dove tattoo is full of significance for the wearer.  It can be symbolic of peace, hope, love, fidelity, innocence or purity, or it may have other specific religious or supernatural connotations.  In contemporary times the dove of peace has become a universal symbol for peace-lovers and anti-war protestors all over the world.  As a tattoo subject it has always been an extremely popular choice and if you are considering a peace dove tattoo for yourself, you might want to delve a little more deeply into the significance behind your choice.

Everyone knows the biblical story of how Noah saved the human race and all the animals from extinction during the great flood.  The story tells that after a year on the ark, Noah released a dove to find land and this returned with an olive branch (itself a sign of peace and friendship) in its beak, from which Noah realised that the flood waters had receded.

The dove became a symbol of peace to Christians because Noah took it as a sign of God’s forgiveness, as God had caused the flood originally because he wanted to punish mankind.    The fact that the inhabitants of the Ark waited patiently and did not give up hope also imbued the dove with the symbolism of hope.  Doves are mentioned many times in the Bible, giving them strong religious significance. 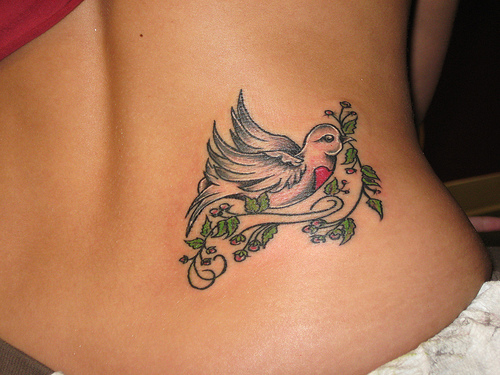 Like swans, doves mate for life and are therefore considered by some to be symbols of faithful love and the reason behind many people’s choice of a peace dove tattoo.  Often two doves are depicted nestled together to signify loved ones or lovers; designs popular with newlyweds, who may also choose to release caged doves on their wedding day to symbolise new life.  A solitary dove, on the other hand, can suggest abstinence or self-restraint from sexual partners or relations; perhaps people who are saving themselves for that one special person.  Because doves are often white, this can also denote innocence or purity. 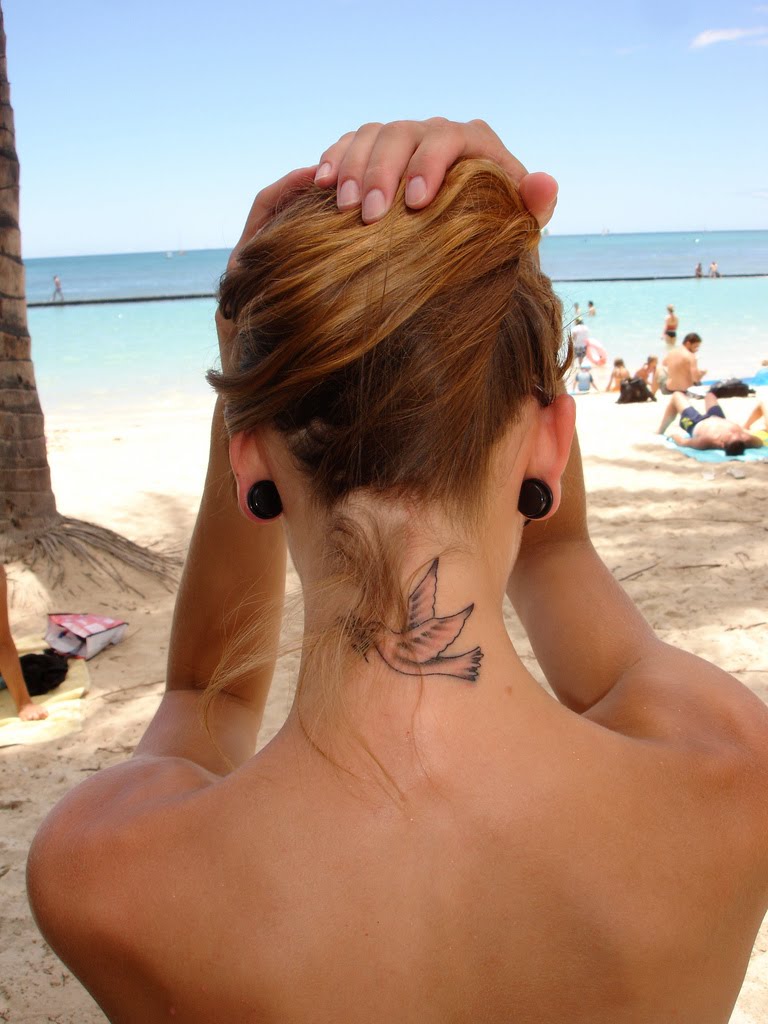 The Celts believed birds, and particularly doves, were messengers bringing good tidings, or sometimes bad.  The white dove has also been linked to the human soul, freed from the physical confines on the body upon death, to be reborn in the afterlife.  A peace dove tattoo can therefore be used as a memorial or tribute to a loved-one, and carry a banner with that person’s name engraved on it as a token of lasting memory and affection. 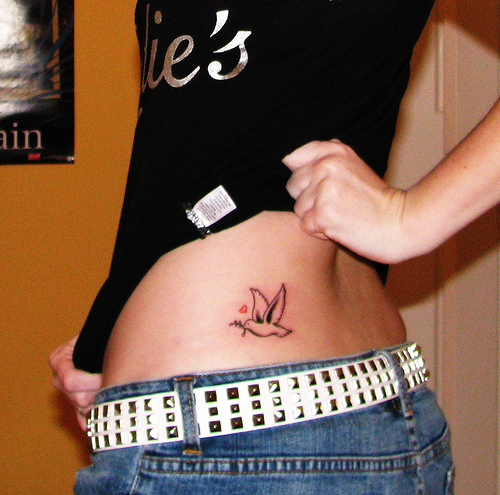 With all this symbolism and mysticism surrounding the peace dove tattoo, its immense popularity, particularly with women and girls, can perhaps be more easily understood.  Because the subject can be large or small, it is suitable for any part of the anatomy.  It can be simple, or elaborate, colourful or subdued.  It can be drawn in flight or nesting and as a single subject or part of a more intricate design.  Every tattoo shop will carry its own designs and, before embarking on your own beautiful peace dove tattoo, you would be well advised to browse through these or check on-line to ensure you get the design you want symbolising the exact message for you. 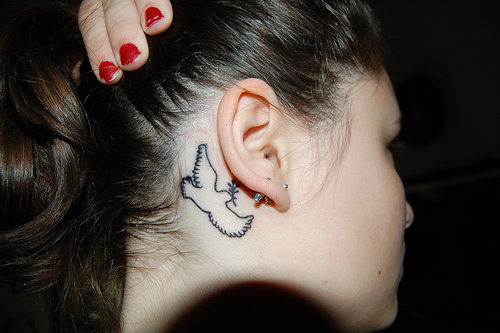